You've all probably seen it already but the new update for FCPX is out and available from the App Store.
I do have a quick note however as to the download and install if you are having problems - I had an issue where the App Store would tell me I had the latest version installed and wouldn't allow me download the update.
There were a few posts out there in relation to this and the general consensus is that you should delete FCPX from your applications folder and then open the App Store, it will then allow you to re-install from the new update.
Hope this helps and happy editing!
PS There will be another Triple A Post Production Showcase in Manchester in a few weeks - we'll let you know as soon as we have a date and venue!
Posted by Digital Media Training at 17:38 No comments: 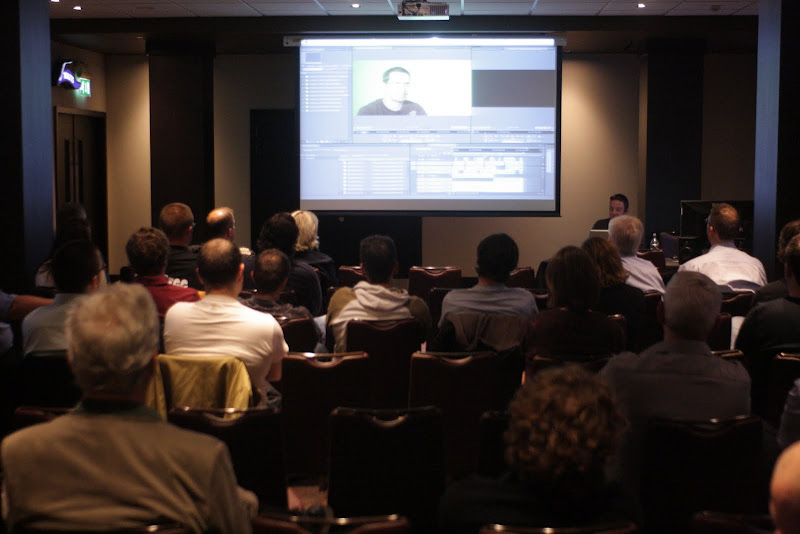 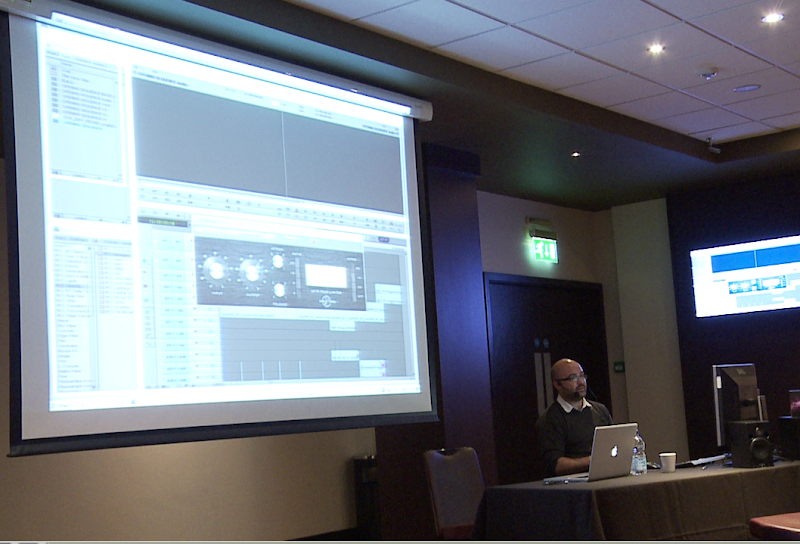 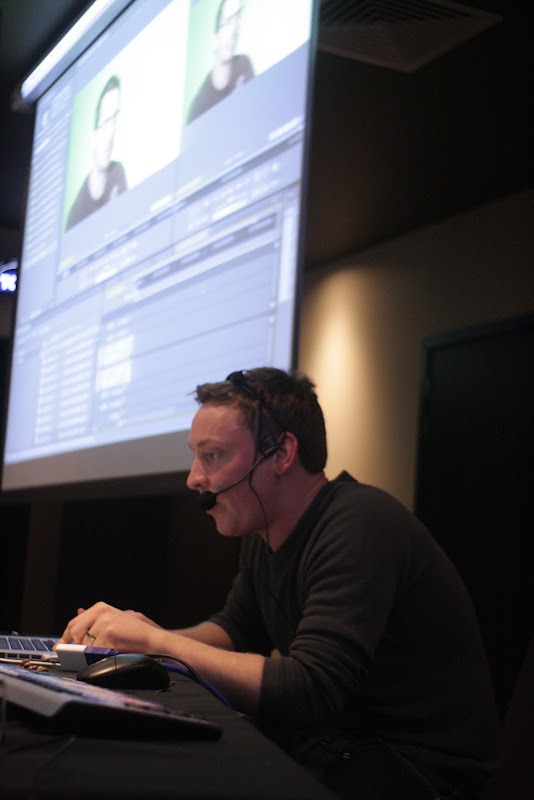 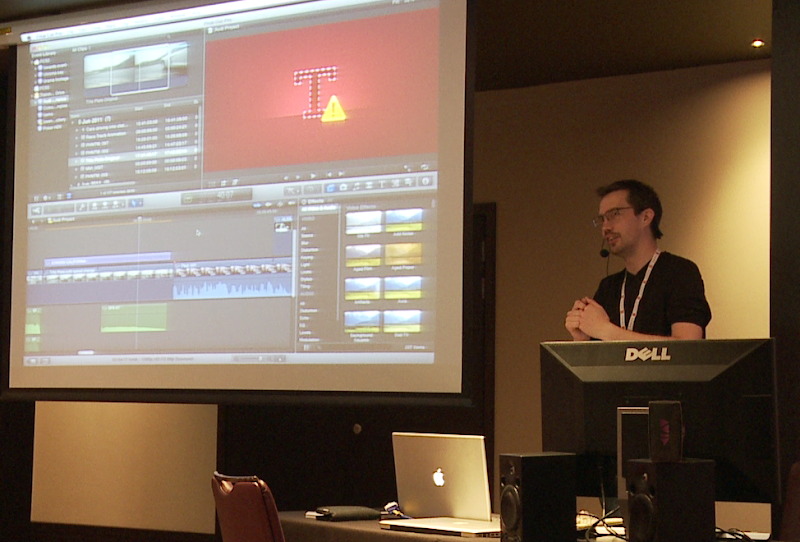 This week Apple released brand new versions of it leading editing system and motion graphics applications. Final Cut Pro X has been long anticipated and now users are getting their hands on the first released version.

We will very soon be posting our initial thoughts, and would like to know your first impressions.
Posted by Digital Media Training at 10:23 No comments:

3D editing... not the way you're thinking of though!

Saw this and thought it was amazing! Its a presentation from TED last year but shows what might be available in the future - 3D editing1
Think Minority Report but in your post production lab!
Posted by Digital Media Training at 17:35 No comments:

Don't forget, Skillset are there to help with funding for training in the TV and Film industry. Check out their web site:
www.skillset.org/freemoney
Freelancers - stay ahead of the competition and keep your skills relevant
Employee - Improve your employability by keeping up to date with the latest technology
Employer - Training can improve your business productivity
Go on, have a look now and improve your future in the industry!
Posted by Digital Media Training at 12:52 2 comments:

Final Cut Pro X - Will it give you your 'Edit Zen'?

As most of you Final Cut Pro fans will have no doubt found out by now there is a new version around the corner FCP X (pronounced 10 - to match the OSX descriptions). Its a major upgrade that has lots of new and improved features including functions we've been screaming out to get for quite a while, including H264 support, 4K support for RED and Arri, background colour correction and sound fixes on ingestion and the most significant - 64 bit processing!
But what does this all mean in terms of the craft of editing? Well hopefully it'll mean things get quicker and easier! Remember the outcry in the 80's about how computers are going to make life easier, quicker, more efficient! Well I don't know about you but my life certainly hasn't become easier! What it has become is more interesting - more time and gadgets to allow me to try more things and experience more, cramming more into my life. Its still busy but in so many more ways now.
As an editor, you'll still be able to capture footage, cut it and get it back out to tape/DVD/Web - but hopefully the cutting part will be quicker, giving you more time to play and experiment. Thats what we're here for, to help you streamline! I remember a time before I was Apple Certified where I'd be editing right up to the last minute, late nights, early starts! I was confident in my end results but wasn't the most efficient editor in the world!
One project I had was to deliver a finished edit in 5 days made from footage being delivered while I was editing, the last piece of footage coming in the morning of my final day! I was stressed, rushing, fighting to get this edit complete for an evening ceremony of the 5th day. I did it but I'm sure it took a few years off my life that week!
Then I became certified! I took the 3 day introduction course for FCP6 and thought I'd just be there twiddling my thumbs - I'd been a user for almost 8 years at that point (since FCP 1.2) so I knew everything I needed to know! Or so I thought... What I actually learned was a workflow, organisation techniques, tools I'd glanced at but never thought of introducing into my day to day editing. The end result - I had a similar 5 day edit to do the following year and life was a breeze! Clips were catalogued and slipped into the timeline like water, simple and easy, no stress and I felt so much calmer during the whole process! I still took 5 days but most of that was having the ability to use that extra time saved to be able to craft my edit, actually play and have fun with the footage to make a smoother edit.
The finished piece went out on the evening of the 5th day but it was far more polished and I felt so much better about it!
What was also useful is that I've saved a number of days over the years following certification by streamlining my editing, becoming more efficient - the end result is the same but I'm far quicker and happier about my final pieces because I don't feel like I'm rushing anymore! The course payed for itself 10 times over easily.
Let us give you that 'Edit Zen' with our FCP 7 introduction course (we also run Adobe Premiere and Avid Media Composer courses too), or the FCP X introduction when the new version arrives! Why not let us know your thoughts on your 'Edit Zen', what makes you calmer during an edit?
Posted by Digital Media Training at 11:32 2 comments:

To all of you out there who aren't lucky enough to be going over to Las Vegas for the NAB 2011 we have a little gift for you!

If you're looking to support Macs in any way then this is the course for you. Its the Desktop Support Essentials course and full details are listed HERE

And for our blog readers we have a special offer - this three day course is available for £699 + VAT instead of its usual price of £995 + VAT!

Drop us an email, click on our contact page or give us a buzz to find out more.
Posted by Digital Media Training at 12:56 No comments:

Launched at the Macexpo in the US, this is an amazing idea. You've all heard of online cloud based storage like Dropbox and others but this integrates with Time machine on your Mac so could nicely fit into your own home set-up.

It costs upwards of $5 a month depending on the size of drive you need and also is going to take longer to upload the bigger your files but its a nice, safe cloud where everything sits and if your machine gave up and took the whole house with them then you'll still be able to get it all back!

The data is encrypted on upload according to the web site so nobody should be able to steal your secrets!

I haven't tried it yet but I will be thinking seriously about adding this to my monthly outgoings.
Posted by Digital Media Training at 11:20 No comments: